With the rise of bottle feeding, more mothers turned to that and more babies survived when they had a tongue tie, but evidently it’s easily correctable. Well, hopefully. We think Maggie may have had the same as the symptoms are bad breastfeeder and delayed speech.

On round #2 I have decided that it didn’t just get easier, newborn diapers are garbage. Due to a mix up we had Aerin in size 1 a couple of nights, no problem, the newborn diapers you get them off every two hours or you leak on through.

Maggie’s claiming lately she’s scared of things. These include the dark, baby A, and for a friend of her’s safety. Not sure what I’m going to do about much other than the dark (I have no problem with a nightlight.) 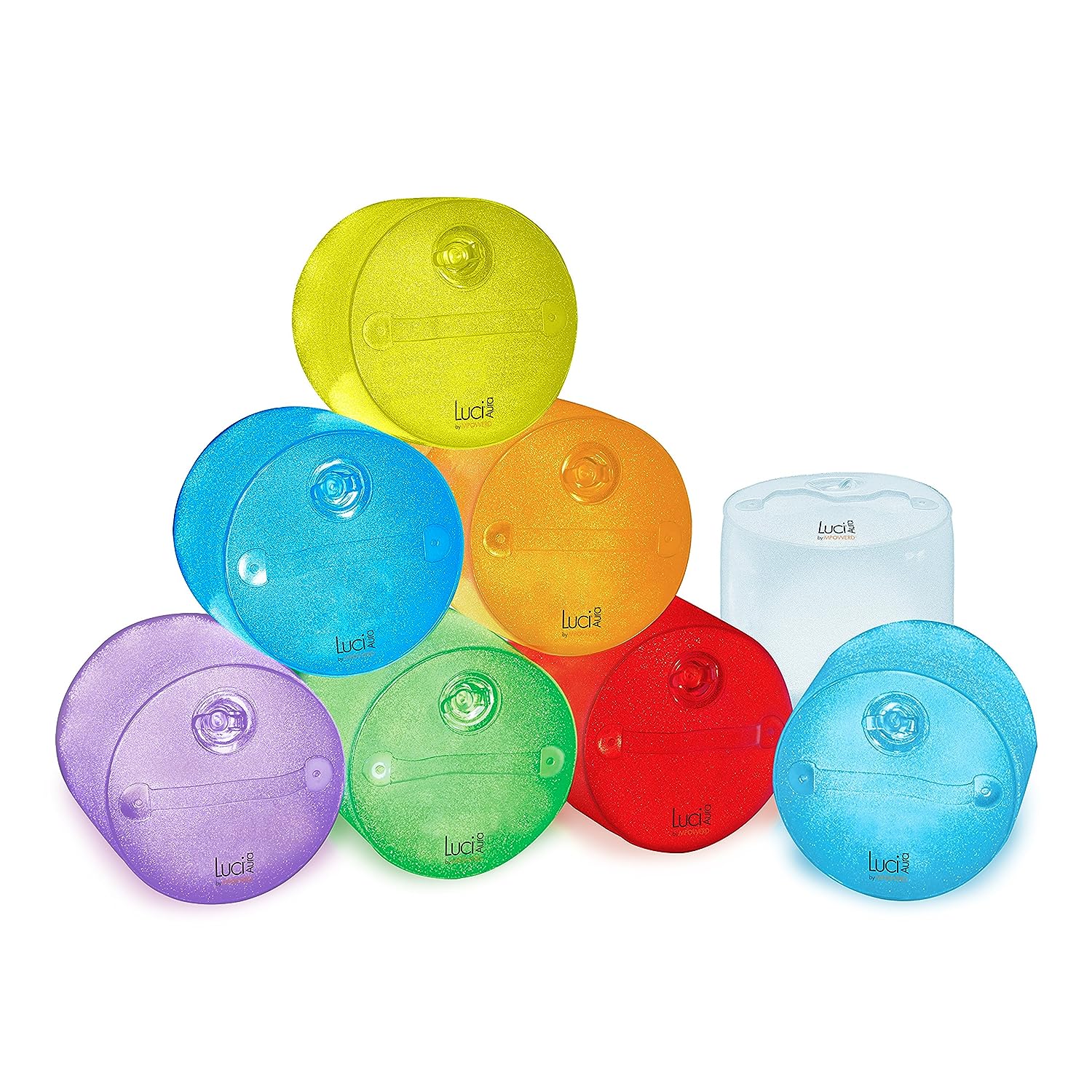 Last night when Maggie said she was afraid of the dark I went out and grabbed her a Luci Aura from our backyard and gave it to her. She turned the lights to the color she wanted, looked around, and went back to sleep while listening to The Rabbit That Wanted To Fall Asleep.

If you don’t have a Luci Aura, I suggest you get one. I’ve left mine out in the back yard for the past two years and they’re still kicking. They make great freakin’ party lights, and in the case of last night they also make great toddler nightlights.

Solar charged, helps kids in third world countries have lighting at night, are waterproof and basically weatherproof, yadda yadda yadda. Sorry, I like the product.

About 2am last night Maggie woke up crying. I went down and discovered we’d put her to bed in a pull-up. She woke up in a pool. After getting her back to sleep I came up to discover the other one was in a pool.

Maggie’s getting more and more tech savvy and also driving us crazy with demands for more Wheels on the Bus themed music videos. “The Bus The Bus!!” is her war cry. While it doesn’t particularly bother me, Kim’s had enough of the song so I convinced Maggie if she needs to watch a bit of it to wind down from a hard day of her toddler job she could use YouTube Kids and find it herself at a reasonable volume.

She did in six seconds.

Putting her in control of relaxation station ended up with her watching a Peppa Pig video. Well, part of it. Someone put up a 2+ hour long Peppa Pig video, we told her she could watch one video. Guess which one she found.

Maggie still generally prefers to do things than watch things. We took her to a McDonald’s Toddler Pit the other day (it was sprinkling outside and a sauna,) and she surprised me.

The pit is set up so children Maggie’s age have one level they can reach – that being the fire engine. The climbing stairs to the second, third, and fourth levels are all at about chin level to discourage little ones from heading on up. Maggie wanted up.

With no other children on the pit, and with me not thinking this was possible, Maggie took up the twisty slide and climbed up it to reach the upper regions of the toddler pit. The did this and slid down several times before venturing over to the strap/rope bridge.

Perhaps it was just her celebration dance of getting to the top.

I got myself an ice cream, basically as that was the last thing I had had at this McDonald’s back in the 80’s when I was last here. I had a couple of bites, it was Maggie’s ice cream, how silly of me… I should have realized.