As a writer on a fairly successful cell phone related blog, one of the things that always astounds me is how much people depend on phones that they have no way to keep alive in the event of an emergency. That and that people trust text messages to make it and convey time-sensitive information, but that’s another story.

Your baby isn’t going to stop having anaphylactic shock while you wait 15 minutes for your phone to get enough juice to call 911, so unless you have a home phone or neighbors who are home all the time you’ve got to have a way to make that call.

Rather than go through a patronizing list of potential horrible scenarios, which if depicted on a product would invariably involve a woman at night in the rain with a baby and a broke down car (I’m pretty sure I’m looking at you PSX, but I’m not at Costco to look at that battery charger at the moment,) I’ll just point out that you can do the math – you need some way to make an emergency call when your phone is dead or nearing death.

To those ends, here are some chargers I’ve reviewed elsewhere in the past, links to said reviews, and updated commentary on how they ended up working for me. I’m not linking to anything I reviewed that later let me down, nor am I linking to anything that has less than a full average cell phone charge. 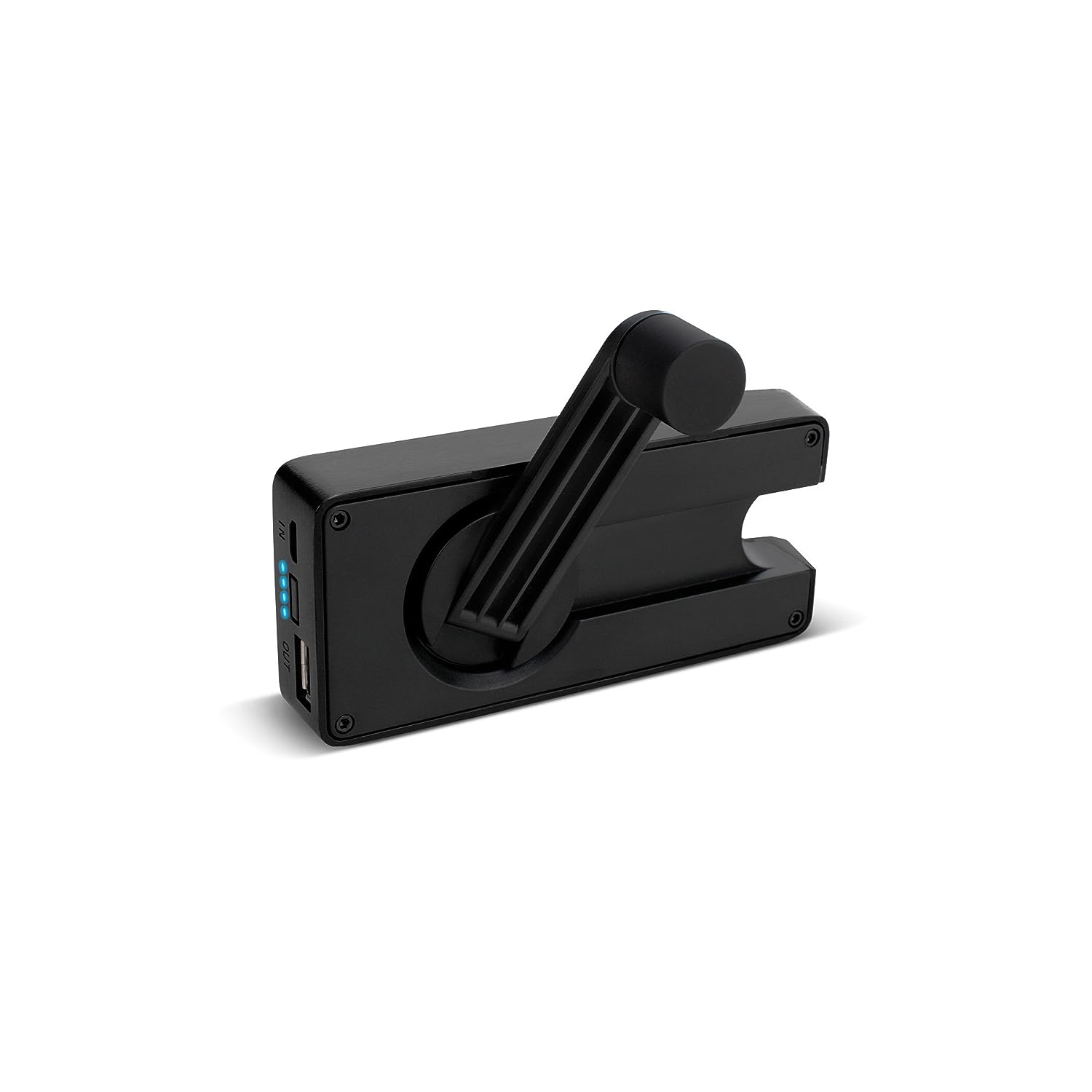 Eton BoostTurbine portable charger. I reviewed this over at Pocketables back in February, and it remains the charger that I call the last-ditch charger. The way it works is it charges via USB like any other charger, or if you’re out in the world and have no power, you can also charge it by turning the hand crank. [link to original review] The only downside is i takes a very long time of cranking to produce a full charge, and the capacity of the built in battery is only 2000mAh, so one charge of the average cell phone. 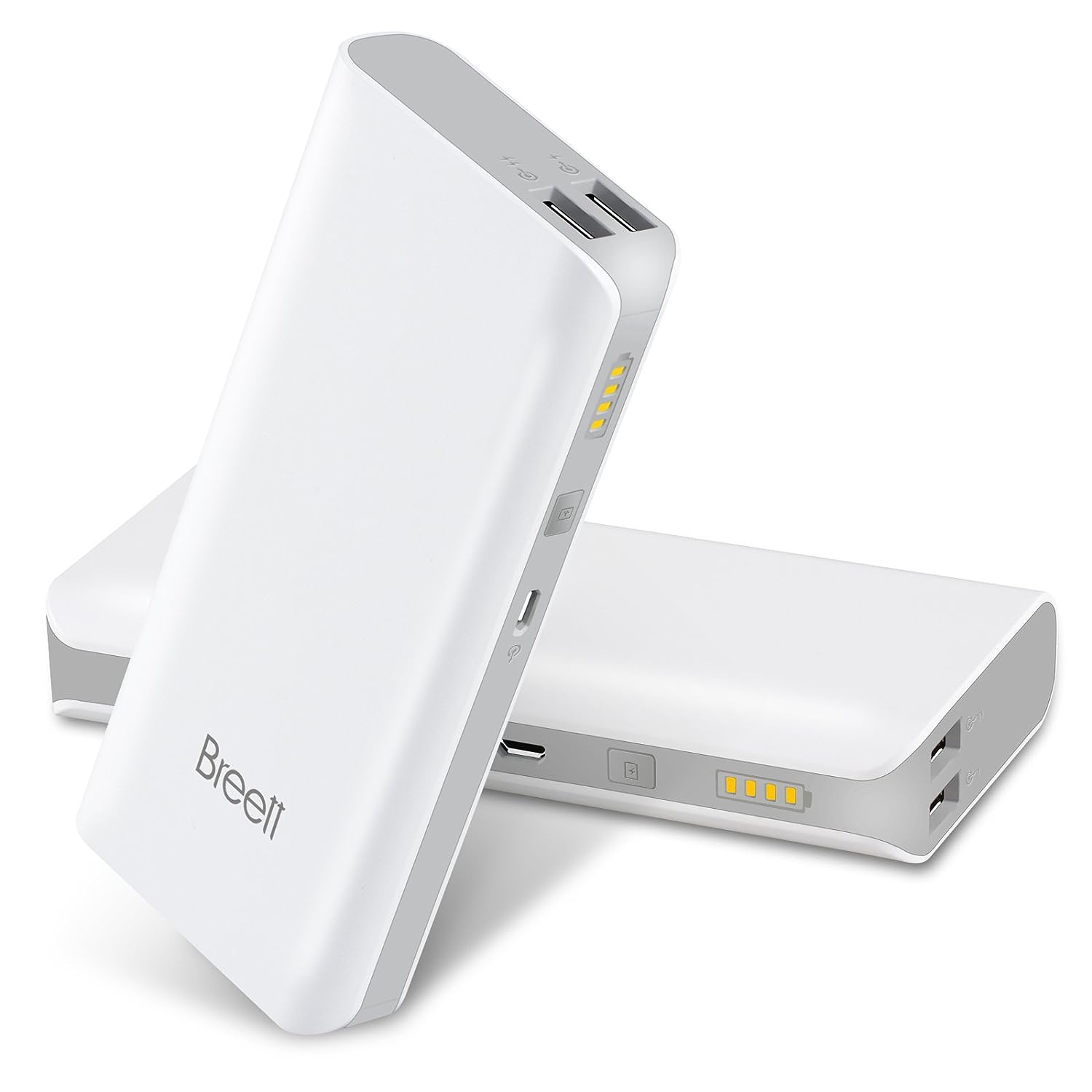 The Breett 10,000 mAh Power Bank. This clocks in at the most charge for the dollar I’ve ever run across. The downside is very little in the way of features, very slow charge times. [link to original review] 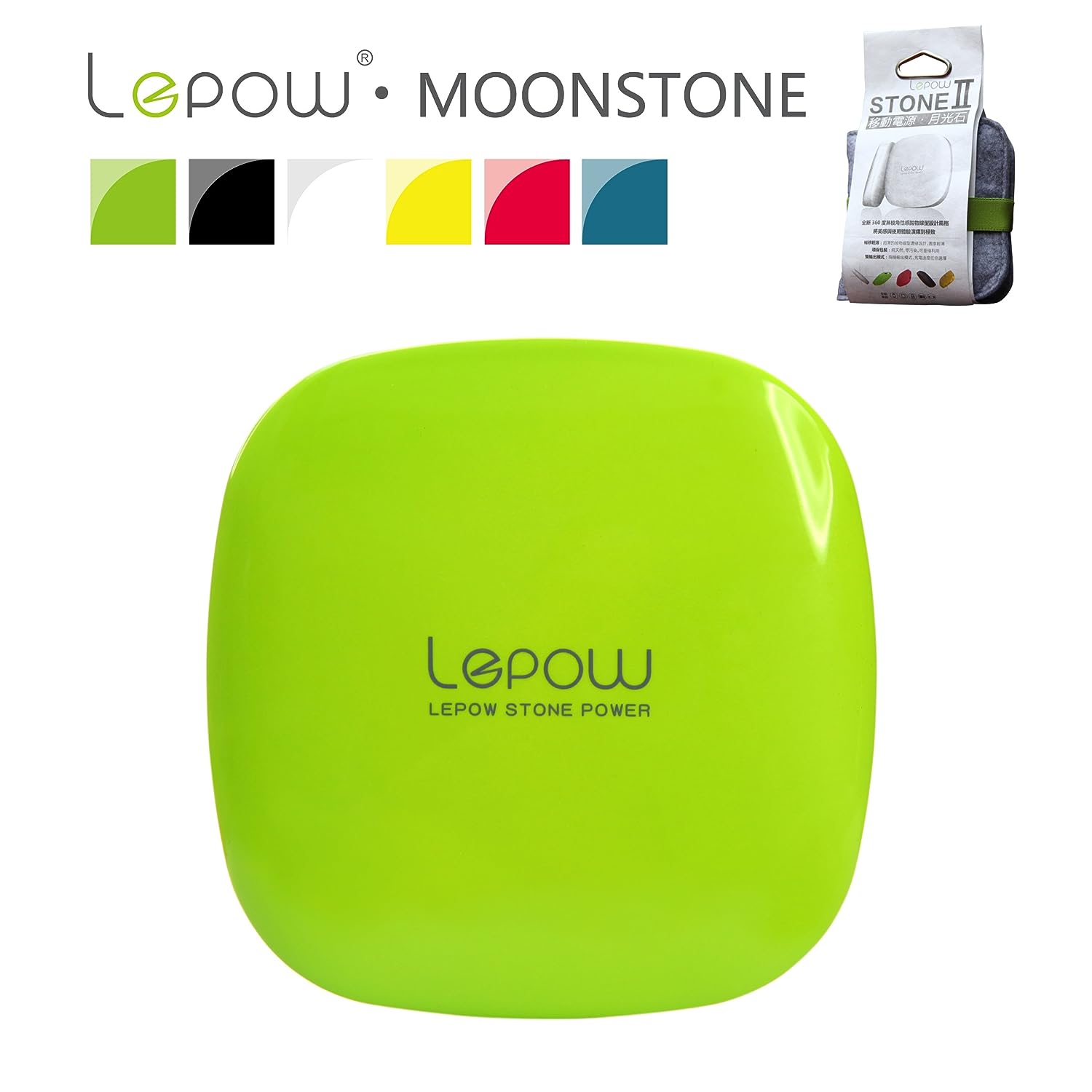 The Lepow Moonstone 6000mAh Power Bank. One of the things I loved about this was the pass-through charging. This allows you to put it in your car, just leave it connected to your car charger, and it will fill up, and pass on juice as needed to anything you plug into it. Best part about that is that day you forgot to charge your phone you can just pop the charger out of your car and bring it along. [link to original review] 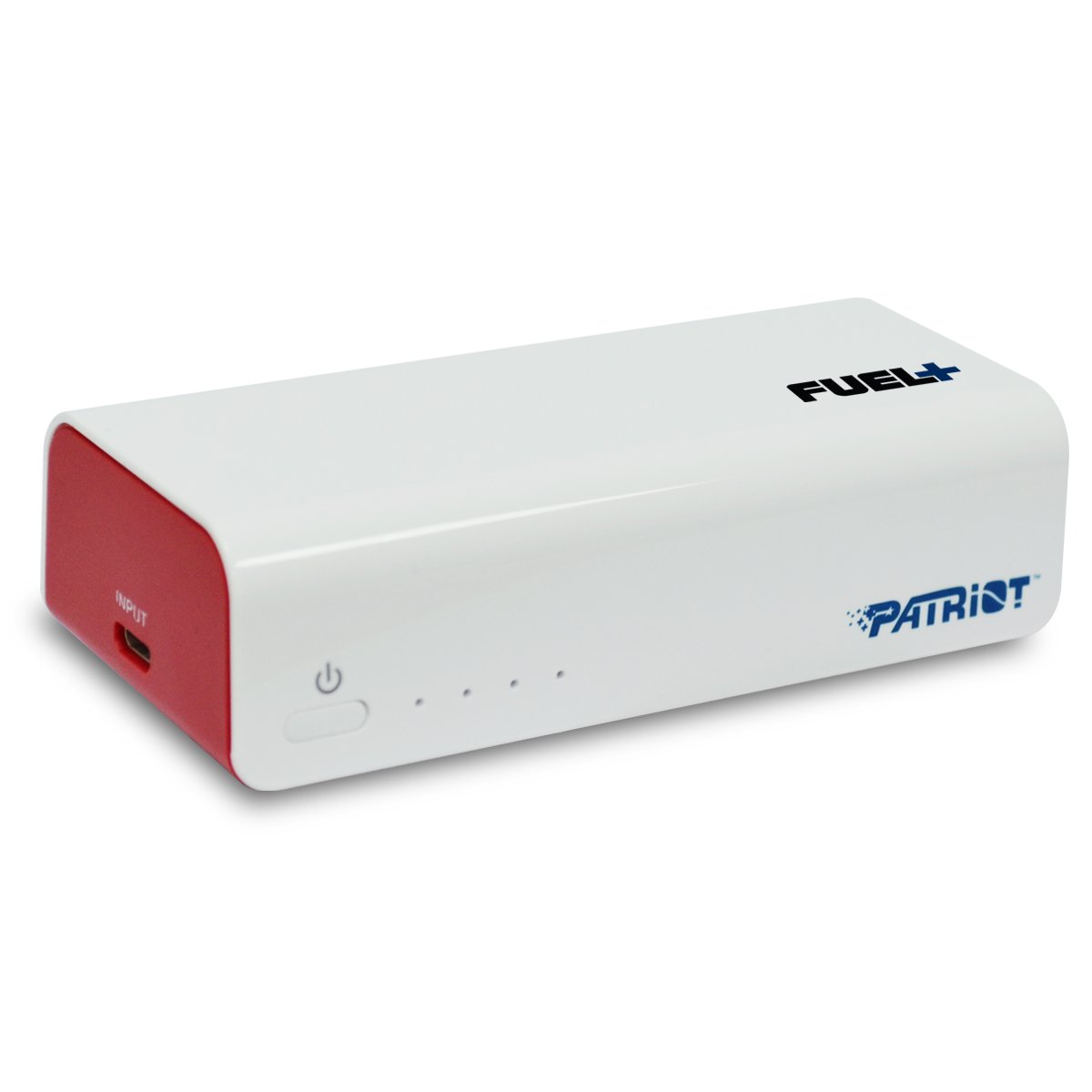 Patriot FUEL+ 6000mAh dual port rechargeable power bank. This one supports pass through charging, can charge at a total of 3.5 amps across all ports, meaning you can charge a tablet and a cell phone at the same time. This is great for charging the little one’s tablet so they can watch a movie in the car, or you know saving your life in some horribly contrived scenario. It also has a kick ass warranty. [link to original review] 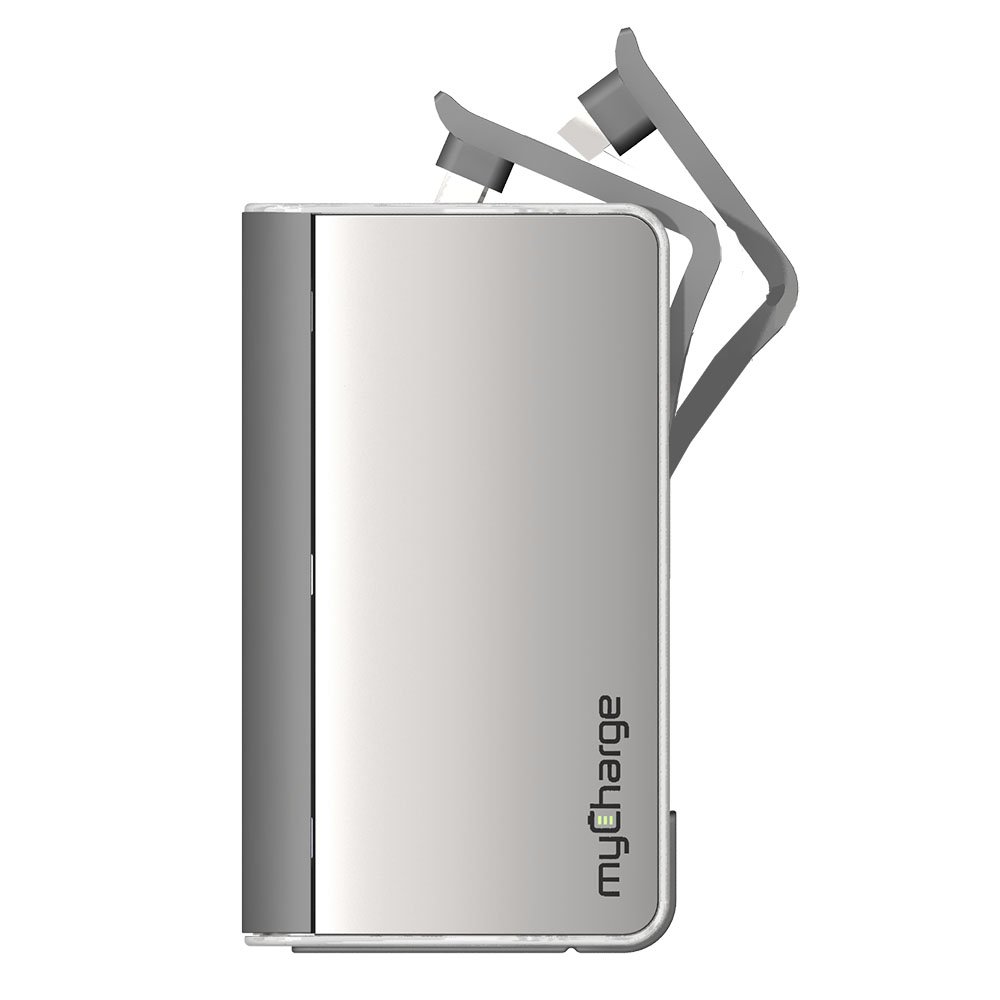 The myCharge HUB 6000 Portable iPhone 5 and Android charger was by far my favorite. You can plug it directly into a wall outlet and it charges itself, it has USB, Micro USB, and Lightning charger options for output, and it is small enough to pocket. I’d still be using this today had I not traded it for some plumbing work. Most of the myCharge products I love, and there are going to be some reviews of this year’s models shortly that blow this one away. [link to original review]

I’ll either update this or make a new piece as new chargers come out. This year will see chargers that can kick start your phone as well as your car, flashlight chargers, and all sorts of great improvements on the idea. One of the ones I saw at CES charges from either a wall outlet, a USB port, or a power adapter in a car. There were also shoe insole chargers that may make it to market this year.

These things are great, and if you have a kid are something you might want to consider investing in. As a note, you can go cheap per mAh, or more expensive for features, I think of the 40 something chargers I’ve written about these are all pretty decent, but I know I’ve left out a lot that were similar and the price might be better.