Star Wars: Darth Vader and Son is the prequel or sequel or perhaps co-release of Star Wars: Vader’s Little Princess and follows the same basic pattern. That is Vader raising Luke, and the trials of being a father as Luke is what appears to be about an eight year old.

Unlike VLP, Darth Vader and Son doesn’t really go through the trials of an aging kid, seems to be stuck in a Dennis-The-Menace level of operation, although without the resultant destructive forces that Dennis usually managed to bring.

The whole books is a series of unrelated vignettes that stand on their own, and the thing is, as Vader’s Little Princess was, absolutely not a children’s book although it does look like one. As an involved storytelling geek, you shouldn’t have much problem making a narrative for a kid, but this book is for you you big Star Wars geek you. 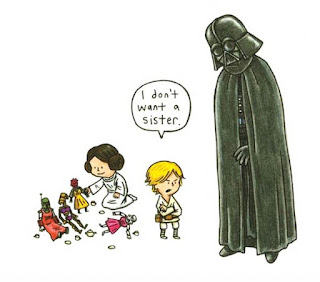 Leia is mentioned once about three pages in where a precocious little Luke says he doesn’t want a sister, and then mysteriously vanishes to live out her days in another book.

I think of the two books I’ve seen, this is my less favorite of the two, and I don’t think it’s that it’s worse, it just really doesn’t chronicle any sort of growing up. Luke is stuck at the same age at the beginning as he is at the end, and the jokes from VLP about her becoming rebellious seem to not be as present in this one. But it’s still a must-have on any Star Wars parent’s shelves. 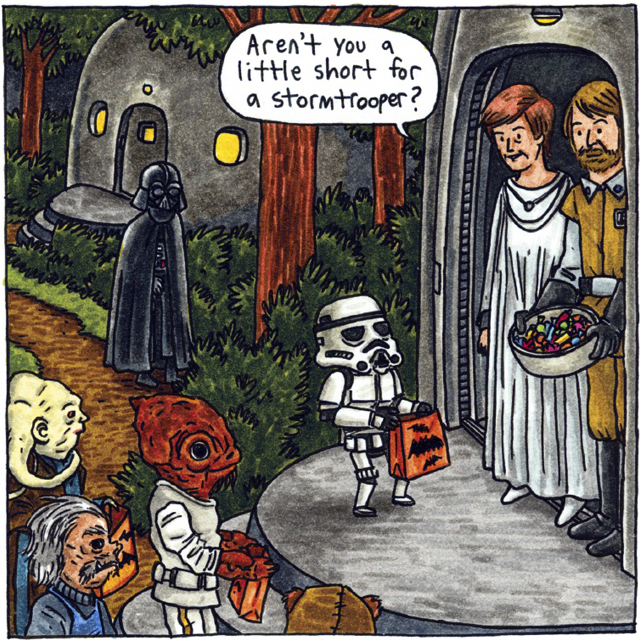 Some things in this will perturb the die-hard SW geek, such as when Luke is complaining that Greedo pushed him and Vader asks if Luke pushed him first. Sorry, that’s more like a scene for Uncle Vader’s Solo Parenting book. Eh, it is what it is, and that’s cute with a love of the source material.

While I thought that these two books were it, ….there is another… I’ll have to seek it down and turn it…s pages soon.

Star Wars: Darth Vader and Son is available from Amazon for $8.49. You can also check out our review of Vader’s Little Princess here.