It’s that time of month again… yes, that time when I have nothing creative to write so instead I put picture filler of products I think are quite amazing. Today it’s the geekiest/nerdiest onesies I can find on Amazon.

As a note, the last time I did this I also had nothing much to write about that day 😉 Without further ado:

The Top 10 Geek Onesies on Amazon

…that I haven’t already covered 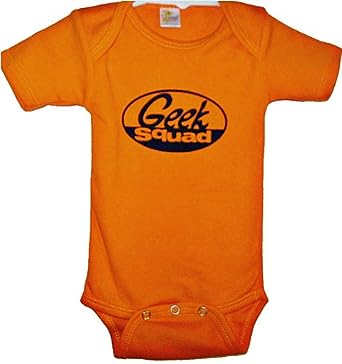 The Geek Squad onesie – let your child know that at one time you considered overpriced substandard tech support to be her only option for the future. I kid, I kid… unfortunately their tech support is considered standard… ba da bing… 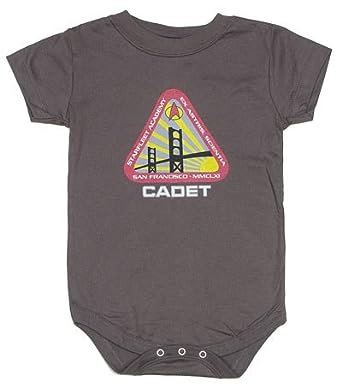 The Starfleet Academy onesie. Nothing says your parents overcame massive reproductive obstacles of nerdom and prepares your little one for a nerd-centric life like this. 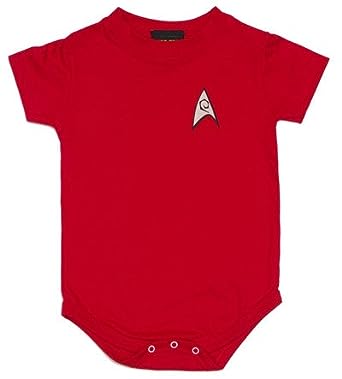 On the same link as above you’ve also got the Star Trek red shirt onesie… and yeah, nothing says “I love you child, but I don’t expect you back from this away mission” quite like the red shirt.

I mean really… anyway, there’re also blue and yellow versions on those links. 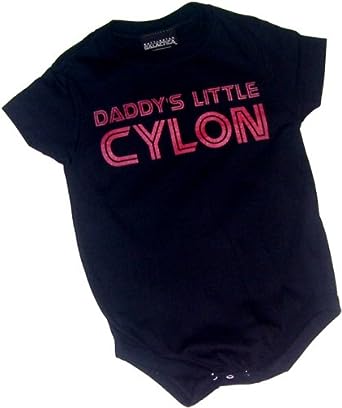 Nothing quite says to your baby that you had no sexual role in reproducing them like this Battlestar Galactica Onesie. Either way you look at it one of the parents is going to be a couple of generations from a solidly mechanical being, and the infant has probably been chosen for some reason we don’t really have a solid grip on… 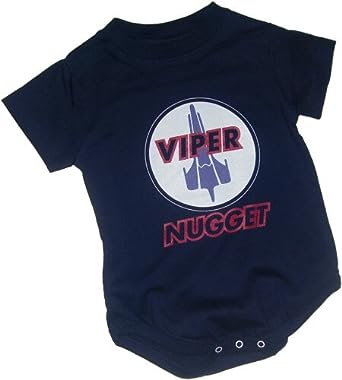 Awww yeah, give your kid the confidence they need to know that their future will either be short-lived at the hands of murderous cylons, or an existence of agrarian life on a pre-Earth breeding with pre-humans. 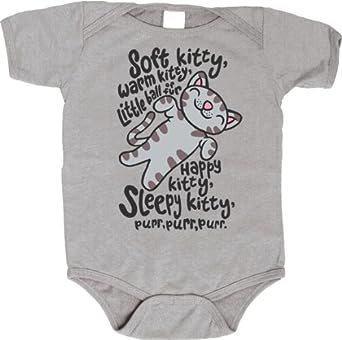 If you’ve got an egocentric eccentric sociopath scientist in training, you can get them this onesie so you at least know the words that will be required to put them into a better mood when their tummy hurts.

Shedon have I seen a cuter geek onesie.

I’m not exactly sure where the quote comes from as R2D2 wasn’t exactly small, he was a pretty darn wide trash bin with a penchant for having sex with local computers. Actually he was a foul mouthed little bastard as every freakin’ thing he said had to be bleeped to keep the movie’s non-R rating with the MPAA.

OMG… it’s baby Darth Vader riding an AT-AT and the fact that I do not own this means most of my geek cred is gone. This will have to be remedied shortly.

I had briefly considered putting in a Superman onesie considering the movie is out and all, but then I remembered Superman in Injustice: Gods Among Us, Kingdom Come, Batman: The Dark Knight Returns, and decided that Superman is just too much of a dick to put a kid in a Superman Onesie. Plus Batman’s way cooler.

Also considered a Green Lantern onesie, but the Ryan Reynolds movie version destroyed that plan, also considering what Batman did to Green Lantern in All Star Batman & Robin, that wasn’t going to happen.

The Iron Man onesie lets everyone know there’s a spot in your heart filled with love for your child… or at least shrapnel from a weapon you may have designed.

Your child won’t be afraid to shout it on national TV… he’s Iron Man, and well, he’s powered by transistors in the first few months, which isn’t possible and it should be noted that even as a kid I wondered why they kept claiming that.

That’s it for this Top 10 geek onesies piece, I’m sure I’ll do more and you should be able to check them out in the Top-X category if you’re reading this in the far far future.

Should you like to see other geek and nerd onesies (tagged as Onesies) we’ve done pieces on, click here